What’s Next for Alzheimer’s Disease? 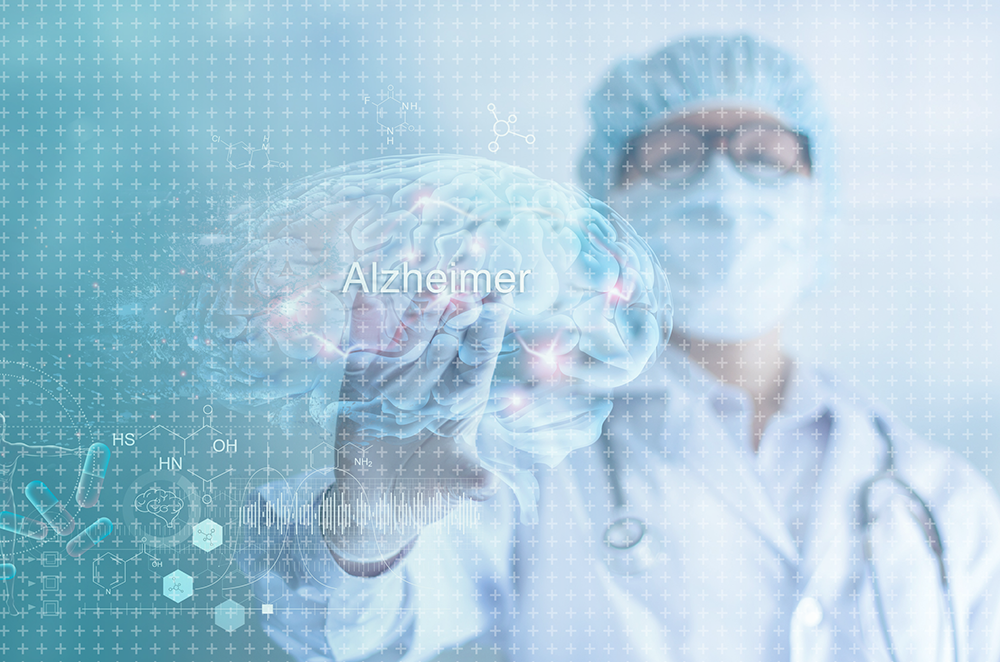 CBPartners’ Take: Research into Alzheimer’s disease is poised to consider novel therapies as repeated therapeutic failures under the dominant amyloid plaque hypothesis push scientists to explore other underlying mechanisms for AD and shift focus away from amyloid theory research as a mode to discover an efficacious AD treatment.

The first ever diagnosis of Alzheimer’s disease (AD) occurred over a century ago. Despite the tireless efforts of researchers and physicians since then, patients diagnosed today are faced with a similarly barren treatment landscape to those in the 1910s. While the Food and Drug Administration (FDA) has approved a meager five products for use in AD patients since its founding, these treatments provide only temporary, or insufficient symptom relief, and are unable to slow the progress of the disease itself. The past few years have seen a series of high-profile product failures in this space, continuing the seemingly inescapable negative trend for new treatments.

AD is one of the most significant public health challenges of our time with a prevalence of five million in the United States alone. AD is the 6th leading cause of death in the USA and is attributed to more deaths per year than breast cancer and prostate cancer combined. As the world’s population continues to live longer, it is important to explore why these AD products are failing, and what must be changed in order to find progress in treating this truly devastating disease.

While the aforementioned figures on product failure are intimidating, there is still an enormous amount of investment being put towards discovering new AD drugs. Today there are 132 products in trials for AD, including 32 that were introduced since 2018. These products are primarily being developed by large biopharmaceutical firms, with market leaders including giants such as Eli Lilly ($LLY), Genentech (acquired by Roche, $RHHBY) and Biogen ($BIIB). These large firms have an infrastructural advantage in running AD trials due to their diversified, large revenue streams from other marketed treatments.

Testing products in AD can be much more costly when compared to other therapeutic areas. This is due to both the long-term impact of the disease which requires comprehensive tracking of patients over many years and a costly, heavy reliance on magnetic resonance imagine (MRI) scans to measure disease progression during treatment. For each potential new treatment, the total cost of development is estimated at USD 5.6 billion, spread out over an estimated 13-year timeline from preclinical trials through to FDA approval. This makes full-scale development an investment in which small biotech’s or academic centers usually cannot participate.

These development benchmarks demonstrate that pharmaceutical firms and government research have collectively spent billions of dollars on trying to cure AD in the past few decades. This kind of astronomical investment can only be understood and justified when compared to the costs of AD, which are even larger by an order of magnitude. In the next 30 years and driven by an aging population, the United States government will spend over USD 20 trillion dollars treating and caring for AD patients. At the individual level, that translates to an estimated USD 350,000 of lifetime costs to care for an AD patient. This colossal level of unmet need is what fuels the investment described above; however, given the failure rates, can anything in the pipeline be expected to break the pattern?

To answer this question, the first place to explore would be the different mechanisms of action in development. Of the 132 AD products currently in development, 30 are still in Phase I and another 74 are only in Phase II. Of the remaining 28 agents which are in Phase III development, only 17 are disease-modifying, while the other 11 provide symptomatic relief. These 17 Phase III disease-modifying therapies are our cutting edge of AD research, and they represent a variety of theoretical approaches to the disease, broken down in Figure 1. This breakdown is weighted in favor of one theory: nine of the products target amyloid-beta plaques in their mechanism of action.

The amyloid theory has been the leading theory for understanding of AD for the past 20 years. Essentially, in the brain of an AD patient, the breakdown of amyloid proteins results in clumped-up plaques. These collect between neurons, disrupting cell function and causing neurological symptoms. Unfortunately, there is significant reason to believe that the amyloid theory of AD is insufficient to use as the basis for developing new treatments. Numerous products targeting these plaques have failed in clinical trials, and there’s even significant research which points to the lack of connection between destroying plaques and symptom improvement – patients who undergo treatment targeting amyloid beta typically have fewer plaques than those who do not, but their symptoms remain. The normal function of the amyloid proteins is still not completely understood, leading many to believe that too many research eggs have been placed in this basket.

The latest egg within the amyloid beta basket is BIOGEN ($BIIB)’s aducanumab. While BIOGEN previously announced that aducanumab was a failure after interim Phase III analyses indicated no benefit, two key reanalyses of the same trial recently came to completion and expanded the dataset. These reanalyses have encouragingly showed a significant reduction in clinical decline from baseline (23% vs. placebo). While BIOGEN has reviewed the data with the FDA and announced their intention to proceed to filing, it remains to be seen if the FDA will be convinced to grant approval, especially against the historical amyloid context. While the submission of this data to the FDA was expected in early 2020, Biogen has delayed submission until the summer of 2020 due to ongoing concerns regarding COVID-19 and the complexity of the trial’s data reanalysis.

Given the high unmet need in the AD space, the recent withdrawal of pharmaceutical companies from the AD space, and the public outcry for treatments with better efficacy, the FDA’s motivation to approve potential AD treatments may be at an all-time high. This increased flexibility was evidenced through the FDA’s allowing Eli Lilly to change the primary endpoint in their phase 3 AD trial to reflect prevention of advanced disease rather than treatment of moderate disease. Therefore, CBPartners anticipates that aducanumab has a moderate likelihood of being approved by the FDA given the more relaxed standards of efficacy in this population. In the case that aducanumab is rejected, this instance will further cement the biopharmaceutical industry’s withdrawal from AD research and solidify perspectives that the beta amyloid theory for AD is an unacceptable route for therapeutic development.

While aducanumab will hopefully have its benefit confirmed and offer a new treatment option, the alternative would create a need for researchers to pivot toward other, less-developed areas of AD research to find potentially suitable treatments. At the previously cited price tag of USD 5.6 billion per development program, having nine therapies target the amyloid mechanism poses a significant risk to the progress of treatment. While proponents of the theory advocate that it has simply been tested too late in the disease progression, and more trials are necessary, it is important to also continue to expand the scope of research to other theories and continue moving research forward

Returning to the current basket of Phase III therapies, there are eight products which expand beyond amyloids to target other possible disease mechanisms, summarized in Figure 2. This robust list exemplifies the recent expansion beyond the amyloid theory and just how much amyloid was dominating the AD landscape until recently. With so much investment put into this understanding of the disease, it inadvertently led to under-development of any alternatives, which is fortunately now being rapidly reversed. To quickly highlight two of these expanded theories, one path forward is to examine the heart-head connection. There is rising evidence that the health of the brain is closely linked to the health of the heart, and that risk for developing AD may be a result of conditions that damage the heart or arteries. Another exciting alternative is hormone therapy, but studies have shown mixed results that estrogen-based hormone therapy can protect thinking and memory performance, even in patients with higher risk of AD.

Beyond these new theories of the disease that are driving new avenues of drug research, new ideas within trial design are also encouraging. In CBPartners’ blog post ‘Alzheimer’s Disease Trials: Where do we go now?’, there are many technical advances being used in the basic science of AD to create more powerful clinical trials. These include use of novel biomarkers (e.g., neurofilament light) and new trial outcomes (e.g., AD Composite Score [ADCOMS]) to better track disease progression. This could allow for more discerning understanding of how patients are progressing and capture improvements which were formally unseen. Innovative trial designs such as Bayesian adaptive trials are also believed to improve the ability of new trials to identify benefits of treatment in this complicated disease population.

The Next Century of Alzheimer’s Disease

As we come upon yet another World Alzheimer’s month in September , it is important to reflect on the progress that has been made in understanding AD, as well as how far we still have to go in helping patients with this disease. The amyloid hypothesis may be flawed, but hopefully continued research into it, will at least yield improvements in our holistic understanding of the disease. These can then help refine outside theories that have shown potential. As AD research moves beyond the amyloid paradigm, it opens up a number of new hopeful paths to a cure, providing hope to millions of patients around the globe.

A recent panel hosted by the New York Stem Cell Foundation (NYSCF), “New Hope for Alzheimer’s: Emerging Gene and Stem Cell Therapies,” provided members of the CBPartners team with valuable insights into the next frontier of AD treatment – gene therapies that treat AD at its potential core. Adeno-associated virus (AAV) vectors are being biologically engineered to carry the APOE2 gene, which has been epidemiologically linked to provide resistance to AD development. This epidemiologic, gene-therapy approach, along with other gene therapies targeting lipid metabolism and inflammation in the brain, are currently being clinically studied to provide alternative treatment pathways to amyloid therapies.