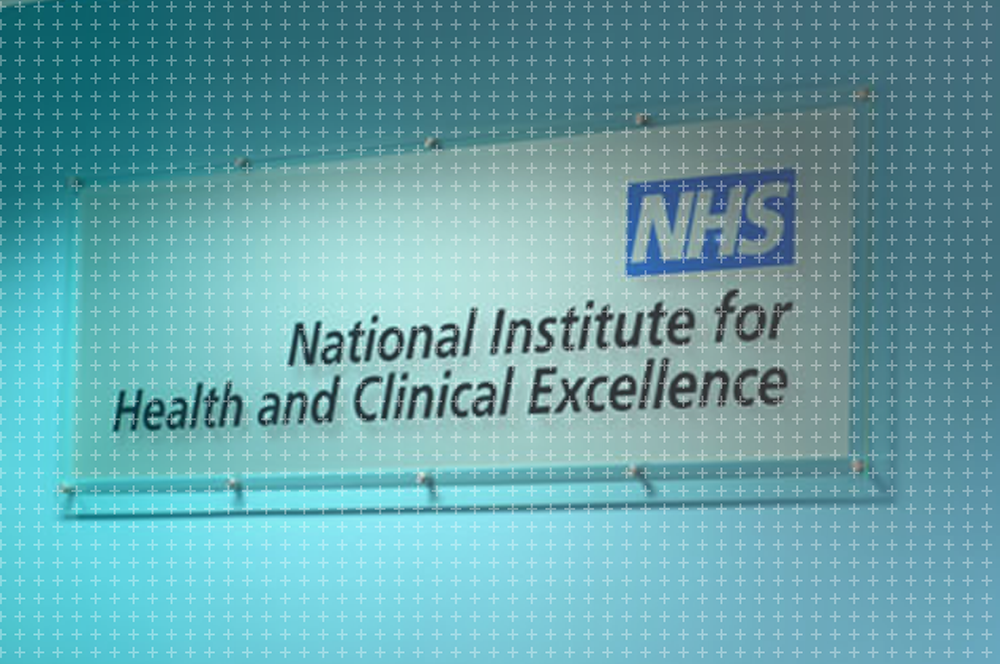 A brief history of The Cancer Drugs Fund

Established in 2011, the Cancer Drugs Fund (CDF) was initially created as a temporary solution to help patients access cancer drugs in England that were not available on the National Health Service (NHS). It was no secret that the fund became a lifeline to many.

Through the years 2013 – 2014, the CDF faced huge financial challenges and exceeded their budget year on year. In large, this was due to a lack of clear criteria on how and when drugs should exit the fund. The CDF became unsustainable from a financial perspective and was criticised for not delivering “meaningful value to patients or society”.

Fast forward to 2016 when a reformed CDF was introduced and a partnership between NICE and pharmaceutical companies was created. The new redesign set out to provide access to promising new treatments while further evidence was collected to address clinical and cost-effectiveness uncertainty via ‘managed access’. This was a fundamental shift for NICE who previously could only make a ‘yes’ or ‘no’ decision for funding – the new system helped to provide earlier access to promising new treatments associated with clinical or cost-effectiveness uncertainty.

Exploring the difference in time-lag between European Marketing Authorisation and Cancer Drugs Fund: 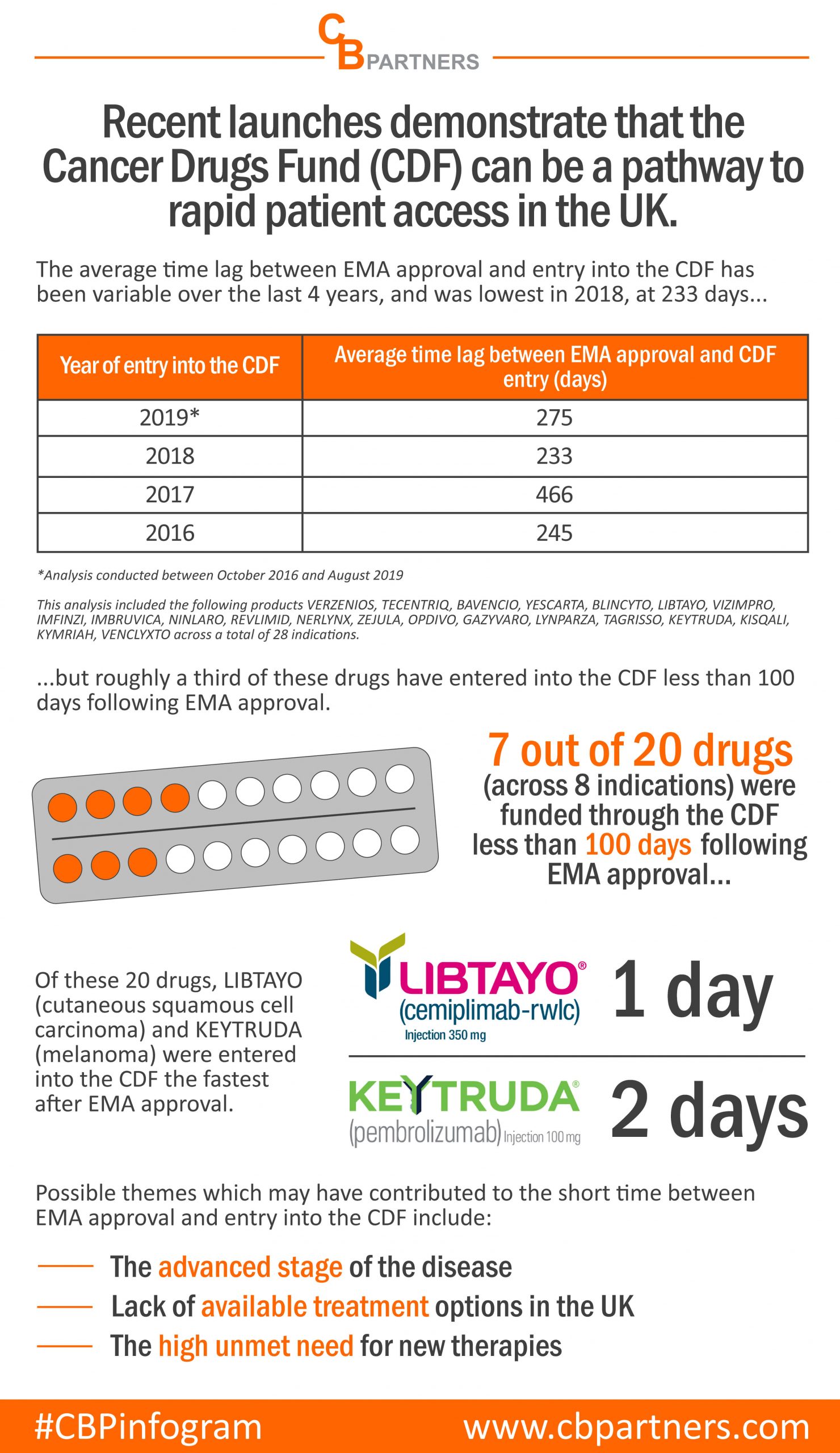 How does the time-lag between European Marketing Authorisation and market access decision making differ between NICE and other European HTA bodies? 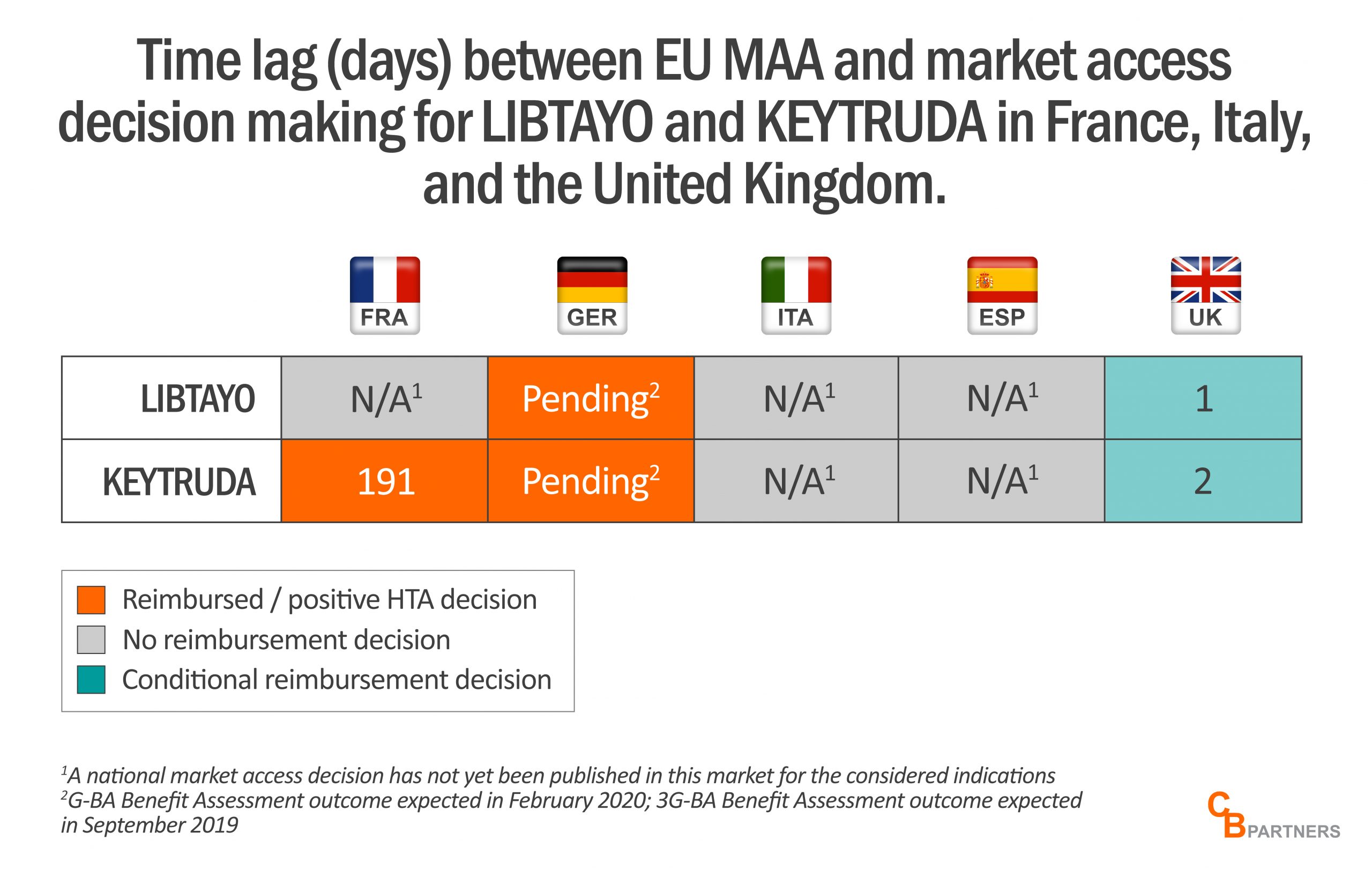 Early engagement with NICE can lead to rapid market access in the UK, benefiting manufacturers and patients

There are several factors to weigh in on when it comes to the speed of market access for oncology drugs. However, for manufacturers who proactively engage with NICE to initiate the assessment procedure ahead of expected marketing authorisation timelines, there is the possibility of a short time-lag between marketing authorisation and entry into the CDF.

Additionally, for the recent cases of LIBTAYO™ and KEYTRUDA™, which were recommended for CDF funding within days of receiving European Marketing Authorisation, the CDF pathway allows UK patients to access promising new treatments earlier than in other major European markets where reimbursement is not automatic upon launch.