Home » Thought Leadership » Blogs » Misconceptions of the 340B Dru…

Misconceptions of the 340B Drug Discount Program 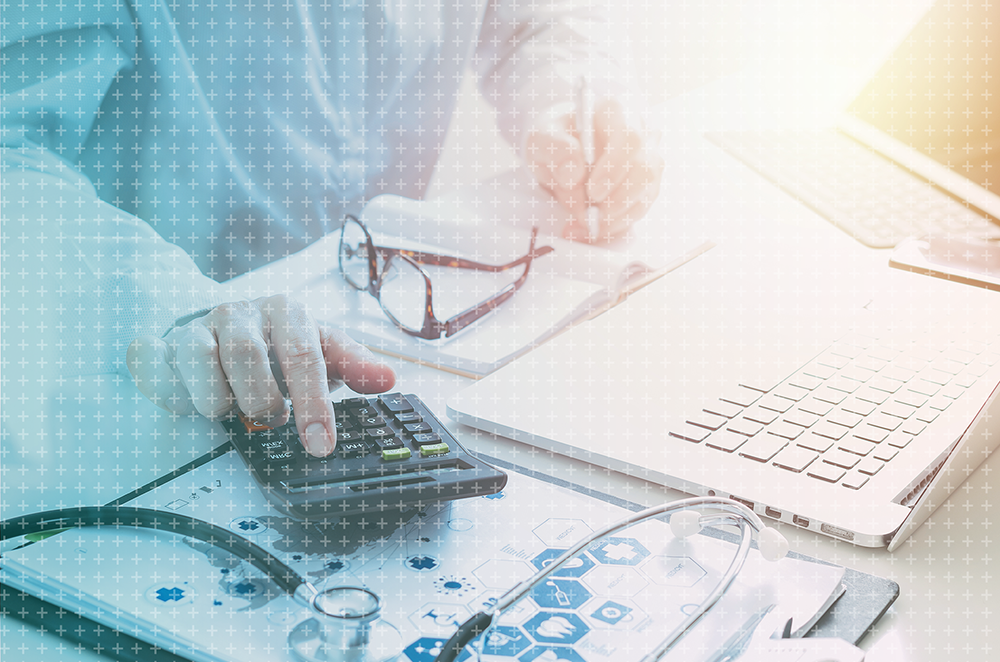 CBPartners’ take: Given increased pressure on Congress and the President to decrease drug costs, the 340B program may expand and evolve further should other outlets for drug discounts not be feasible via additional legislation. Most recently, this has become evident through President Trump’s executive order mandating that 340B discounts for insulin and EpiPens be passed on to patients. Although the full impact of this executive order is unclear as these passed-down discounts apply only to federally qualified health centers, it may establish a precedent that allows the 340B program to retain at least a portion of its current structure in the long-term.

What is the 340B Drug Discount Program?

The 340B Drug Pricing Program was established in the USA in 1992 to protect safety-net hospitals from escalating drug prices. The purpose of the scheme was to stretch resources to hospitals that provide care to low-income, high-risk, or uninsured patients, including Medicare and Medicaid. The 340B program has the potential to fill an important societal need, though it must be properly designed and checked.

The 340B program requires drug manufacturers to offer discounts on outpatient drugs to covered entities (CEs). In exchange, those CEs must treat a set percentage of low income / uninsured patients or provide certain types of high need services (e.g., rural health services, HIV / AIDS programs, cancer centers). To maintain eligibility within the program, CEs are responsible for ensuring that they remain eligible and that discounts being received on drugs are not duplicated (i.e., prescriptions cannot qualify for both the 340B discount and the Medicaid program). The Health Resources and Services Administration (HRSA) is responsible for enforcing the program’s rules, through providing information and conducting audits.

A Trend Towards Program Growth With 340B

As a result of policy changes and broad wording leveraged in legislation, 340B has seen an unprecedented expansion over the past decade. Several sources of growth have contributed to the overall increase in size of the program, causing the program’s savings, which were originally meant for hospitals, to be spread to new types of organizations such as contract pharmacies.

As the number of treated Medicaid patients is a factor in public hospital 340B eligibility, the implementation of the Affordable Care Act led to a significant increase in use of the 340B discount. Although there was this increase in the population covered by insurance during this period of time, the 340B was deliberately expanded to include new purchasers (specifically, critical access hospitals and rural treatment centers).

In a second example, Federal Register Vol. 75 / No. 432 allowed covered entities to utilize multiple contract pharmacy services to dispense 340B outpatient drugs. Although this change was put into effect to facilitate program participation for entities that do not have access to “in-house” pharmacy services, it has widely impacted the program as a whole: This resulted in a ~20x  increase in the number of contract pharmacies since 2010, and likewise a 9% increase between 2017 and 2018.

Concerns around the ballooning size of the 340B program have resulted in policies aimed at providing additional oversight over the program. Given the onus of compliance is placed on CEs, most of these institutions have implemented several programs to ensure compliance across the complex web of stakeholders that are involved in the program. For example, CEs have hired third-party administrators (TPAs) to manage 340B eligibility checks, mock audits of the hospitals, child sites and contract pharmacies, and 340B split billing.

Despite these efforts, there has been a continuation of complaints about the program, with manufacturers unhappy with the frequent instances of duplicate discounting and payers criticizing the fact they overpay 340B institutions as they seek out new ways to lower their reimbursement rates. The topic has remained highly controversial as providers, payers, and drug manufacturers are left to demystify the ever-growing scheme.

Top 10 Misconceptions of the 340B Program 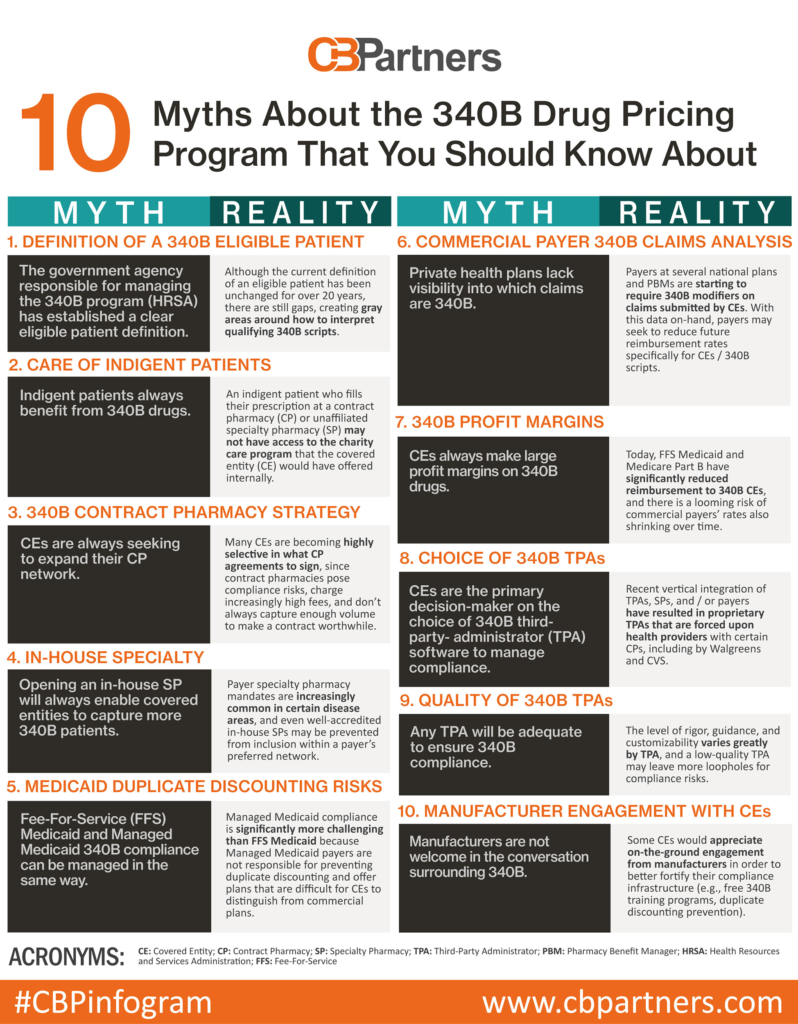 How the complexities of the 340B Program Impact Manufacturers

Even with the main misconceptions dispelled, the 340B program is still an incredibly complex scheme. The objective of the program has gradually been diluted as numerous third parties have been able to take advantage of funds intended for the benefit of the CEs. To ensure the implementation of a successful program, there are still several opportunities available for CEs, payers, and manufacturers to engage with the 340B program.

These insights are based on an examination of large disproportionate-share hospitals and may not be representative of all types of covered entities within the 340B Drug Discount program.