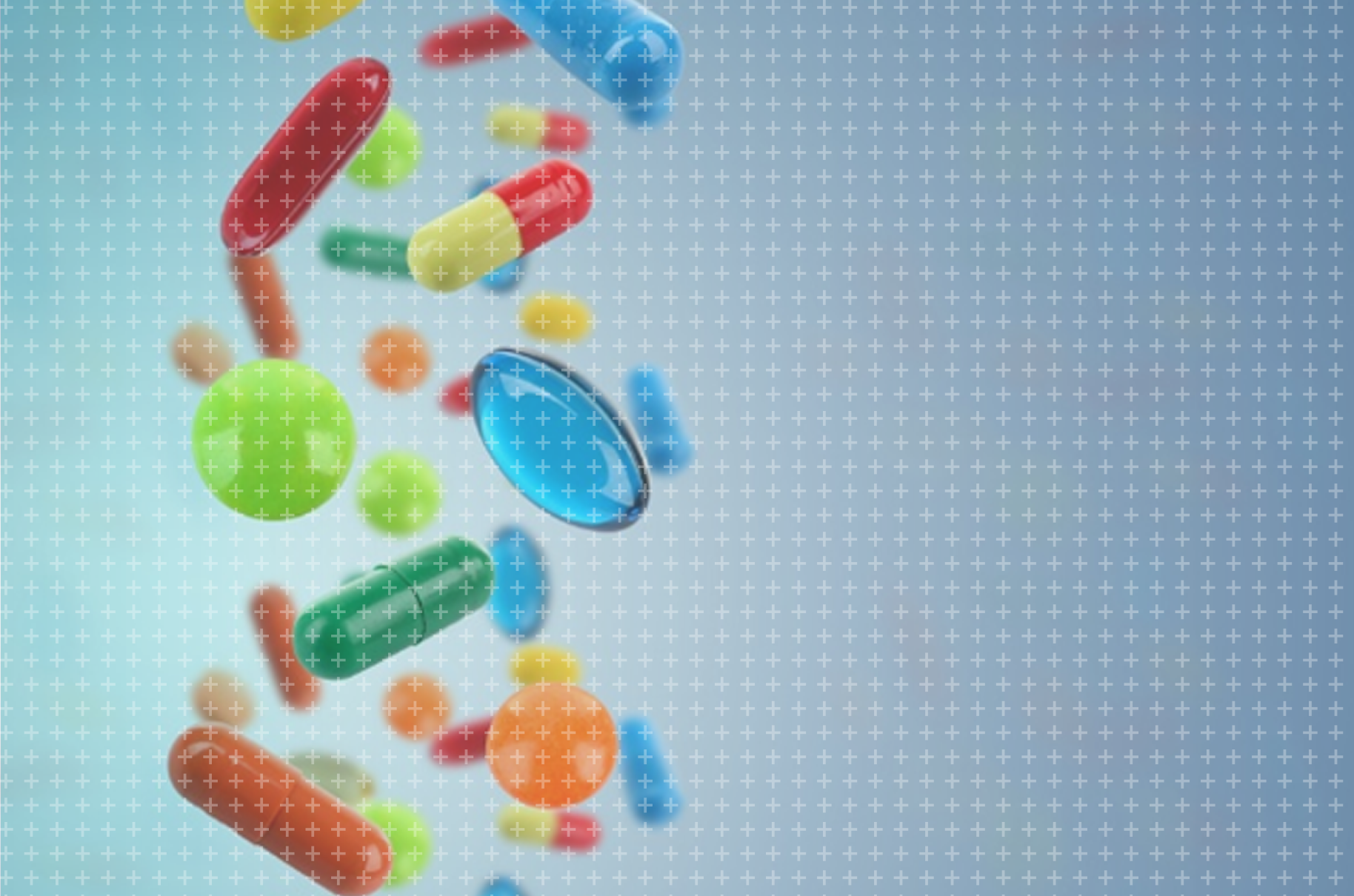 OFEV and ESBRIET: Gaining an Edge in the Face of Head-to-Head Competition

In the case of head-to-head competition, as seen with OFEV and ESBRIET, first-to-market status in external markets and the generation of real-world evidence were able to support ESBRIET’s competitive edge. Both products were indicated for Idiopathic Pulmonary Fibrosis (IPF), granted orphan status by the FDA and EMA, received priority review designation, and were ultimately approved by the FDA on the same day in October 2014. Both products addressed a disease space with a high unmet need showing clinical efficacy in mean forced vital capacity decline from baseline to 1 year. Despite similar FDA approval dates and indicated patient populations, ESBRIET overperformed by 37% compared to a consensus of 5-year analyst sales expectations for 2014 – 2019 while OFEV underperformed by 18%. 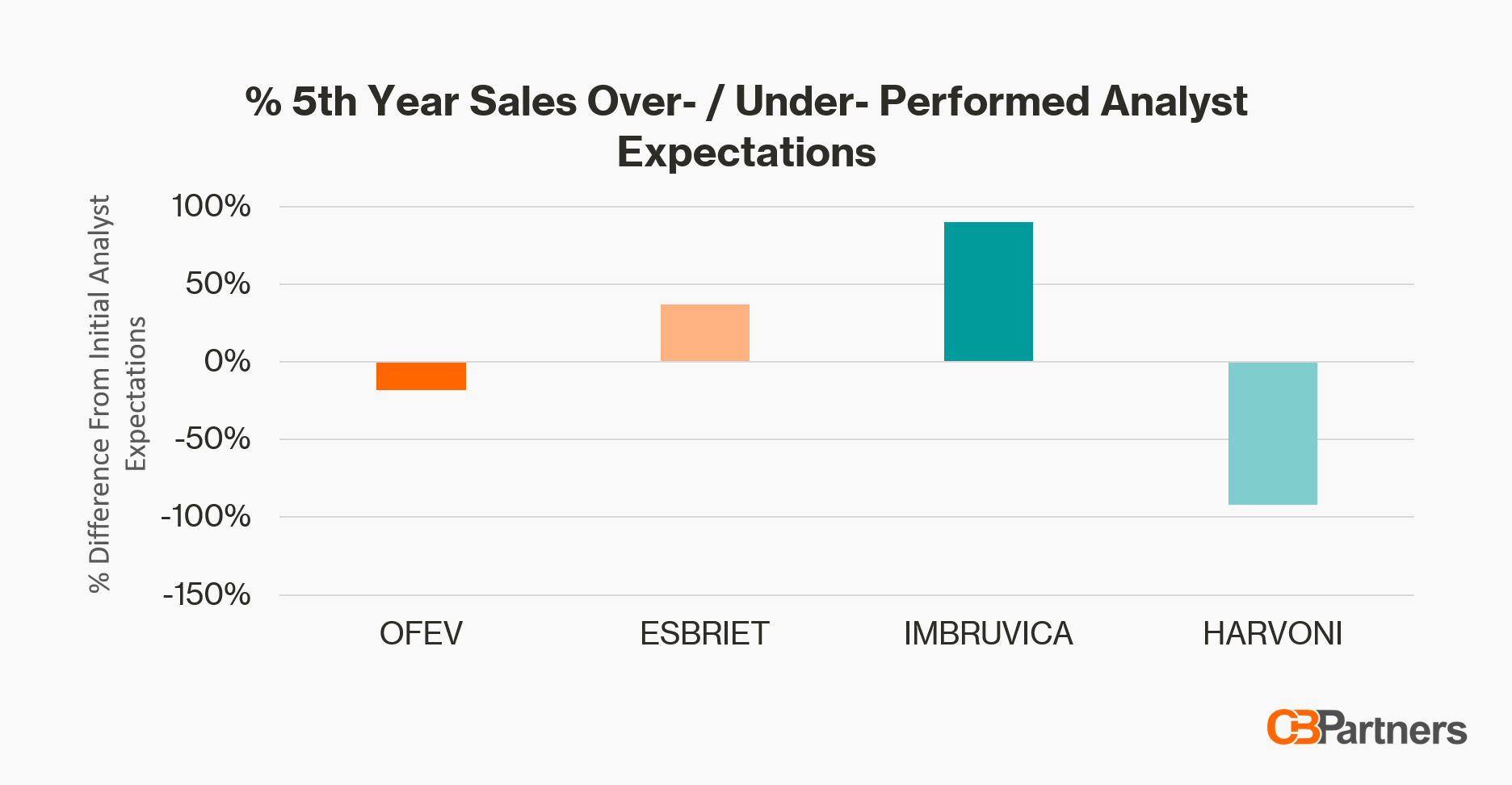 ESBRIET was able to secure its position as the market leader early after launch due to a number of factors: a milder side effect profile, first-to-market status in the EU and Japan, and a greater body of real-world evidence. ESBRIET and OFEV did launch at similar WAC prices near USD 8,000 per month, with clinical trial data showing similar clinical efficacy. However, with ESBRIET’s momentum from its first-to-market status a full four years before OFEV in the EU, the environment was more favorable for ESBRIET uptake in the short-term which helped secure its position in the USA.

The role of real-world evidence was critical in creating the differential between OFEV and ESBRIET. Although these products have similar clinical trial data, ESBRIET’s approval in the EU in 2011 provided ROCHE years as the only therapy on the market to gather real-world data and establish themselves among pulmonologists before OFEV even had the chance. In the time that ESBRIET was launched and marketed in the EU and Japan, it was able to generate post launch data demonstrating an improvement in the risk of death (48% lower risk of death after 1 year vs. placebo) as well as high rates of real-world adherence which have supported its value as an IPF treatment option. 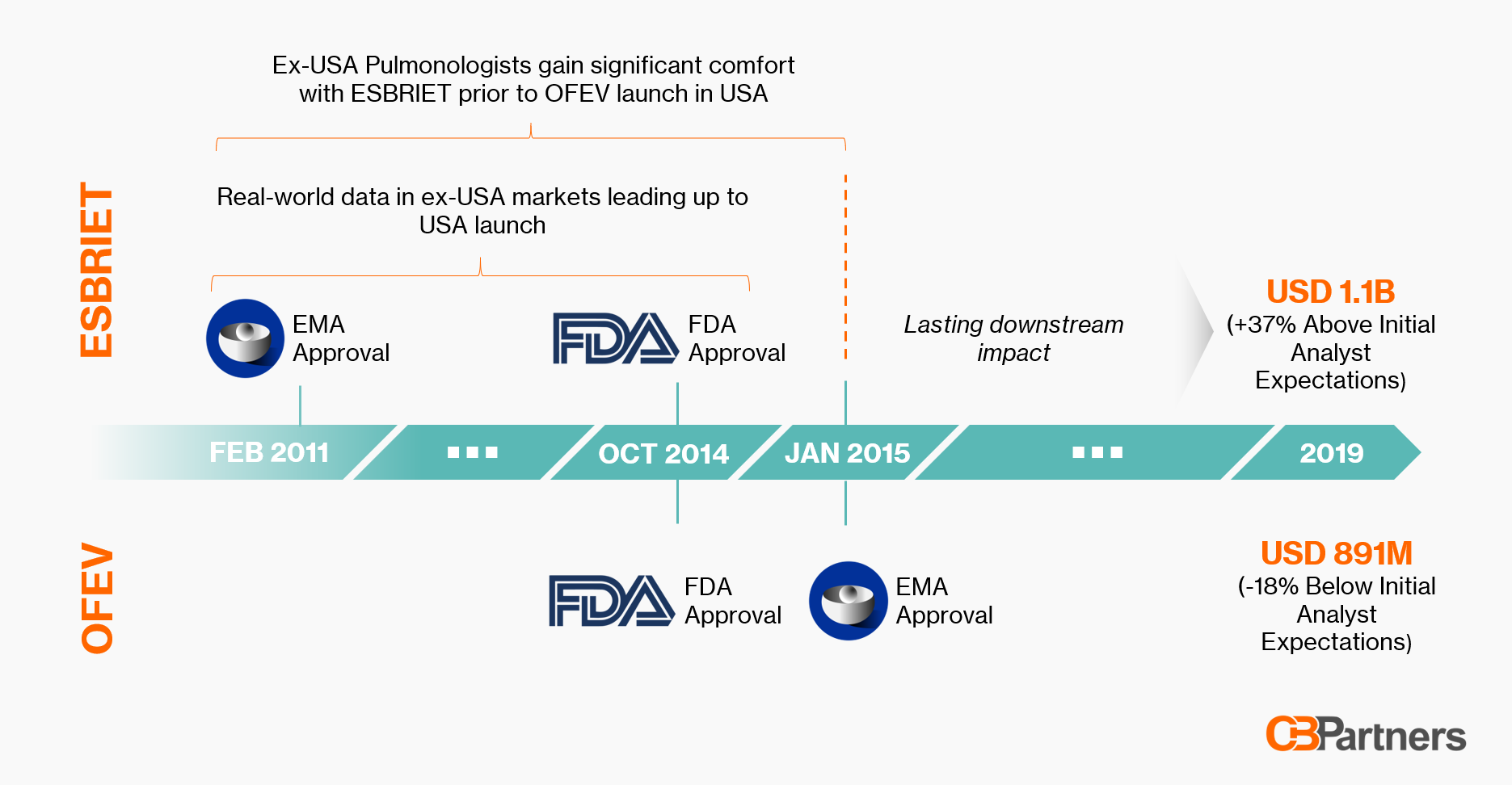 The FDA has granted IMBRUVICA 11 FDA approvals through 2020, inclusive of the 2 most recent approvals which are combination (Rituximab and Obinutuzumab) therapies for CLL

For example, IMBRUVICA received 3 approvals for CLL, initially as a second line treatment, then for patients with a 17p chromosome deletion, and in 2016 as first line. With both WM and cGVHD, IMBRUVICA was the first drug approved in these indications and received breakthrough therapy and orphan product designations based on strong preliminary clinical trial data. In 2018 the FDA approved IMBRUVICA plus Rituximab as the first non-chemotherapy combination treatment for WM.

IMBRUVICA is recognized as a “miracle” drug and continues to garner FDA approvals, having received the greenlight for combination treatments with obinutuzumab as the first non-chemotherapy combination option for treatment-naïve CLL and SLL patients in 2019, as well as with rituximab for CLL and SLL treatment-naïve patients in April of this year. In addition to combination therapies potentially being more effective for patients, manufacturer investment in follow-on indications post-launch can support life cycle management and boost sales downstream of launch.

However, “miracle” drugs can sometimes be double edged swords—as was the case with Gilead’s HARVONI. Despite initial enormous success, the hepatitis C drug began to fall behind analyst expectations overall, reaching only USD 312M in 2019 US sales, 92% below its 5th year sales projection. Oddly, HARVONI is a clinical superstar; it boasts a cure rate of around 90%. So why did sales during later stages post-launch differ from the projection so considerably?

Despite the considerable clinical efficacy offered by HARVONI in the treatment of HCV, the price per pill of USD 1,125 resulted in considerable pushback and negative public perception. Payers restricted access to only advanced patients and the launch of Merck’s ZEPATIER at a 40% discount vs. HARVONI increased the downward pricing pressure further. Ultimately Gilead responded by launching authorized generics through a subsidiary Asegua, at around USD 24,000 per course of treatment with the intention of aligning the drug’s costs with its list price. The generic resultantly cannibalized HARVONI’s sales after its early 2019 launch, causing the sharp drop from early analyst sales expectations.

In addition to the challenges that HARVONI faced in the USA, many ex-US payers were also resistant to paying the price, contributing to the overall sentiment towards lowering the price of hepatitis C drugs. Pricing disputes and compulsory licensing in emerging markets such as India, Malaysia, and Chile allowed generic manufacturers to sell the drug at around USD 900 in India, and resulted in HARVONI prices of USD 48,000 and USD 12,000 in Malaysia and Chile respectively, eating away at the expected benefits of patent exclusivity. In the end, Gilead’s wonder drug unfortunately fell short due to highly restrictive access that resulted in a multitude of competitive entries and significant downward pricing negotiations that analysts had not factored into their expectations. 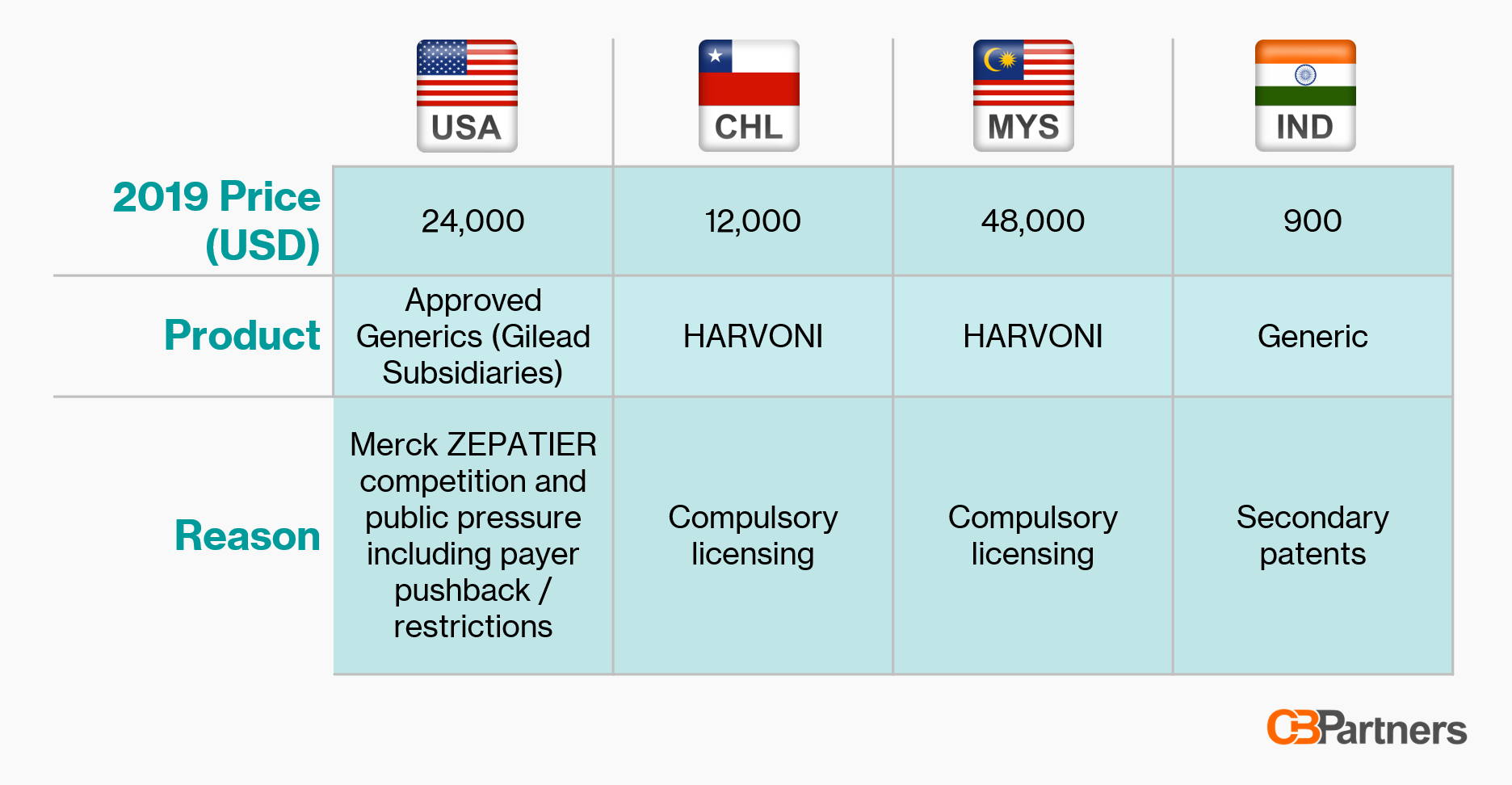 Considerations for why Forecasts Are Not Aligned With Reality

As exemplified by these three case studies, there are several components to a successful launch that are integral to upholding blockbuster sales expectations. When both analysts forecast sales and manufacturers plan a product’s life-cycle, the following items should be accounted for:

With these considerations in mind, creating a holistic picture of a drug’s opportunities and challenges, as well as developing strategies to address them can help manufacturers and analysts alike manage expectations for future sales.