Rome Wasn’t Built in a Day Either: Greece is Back Again with New Pricing and Reimbursement Policy Reforms 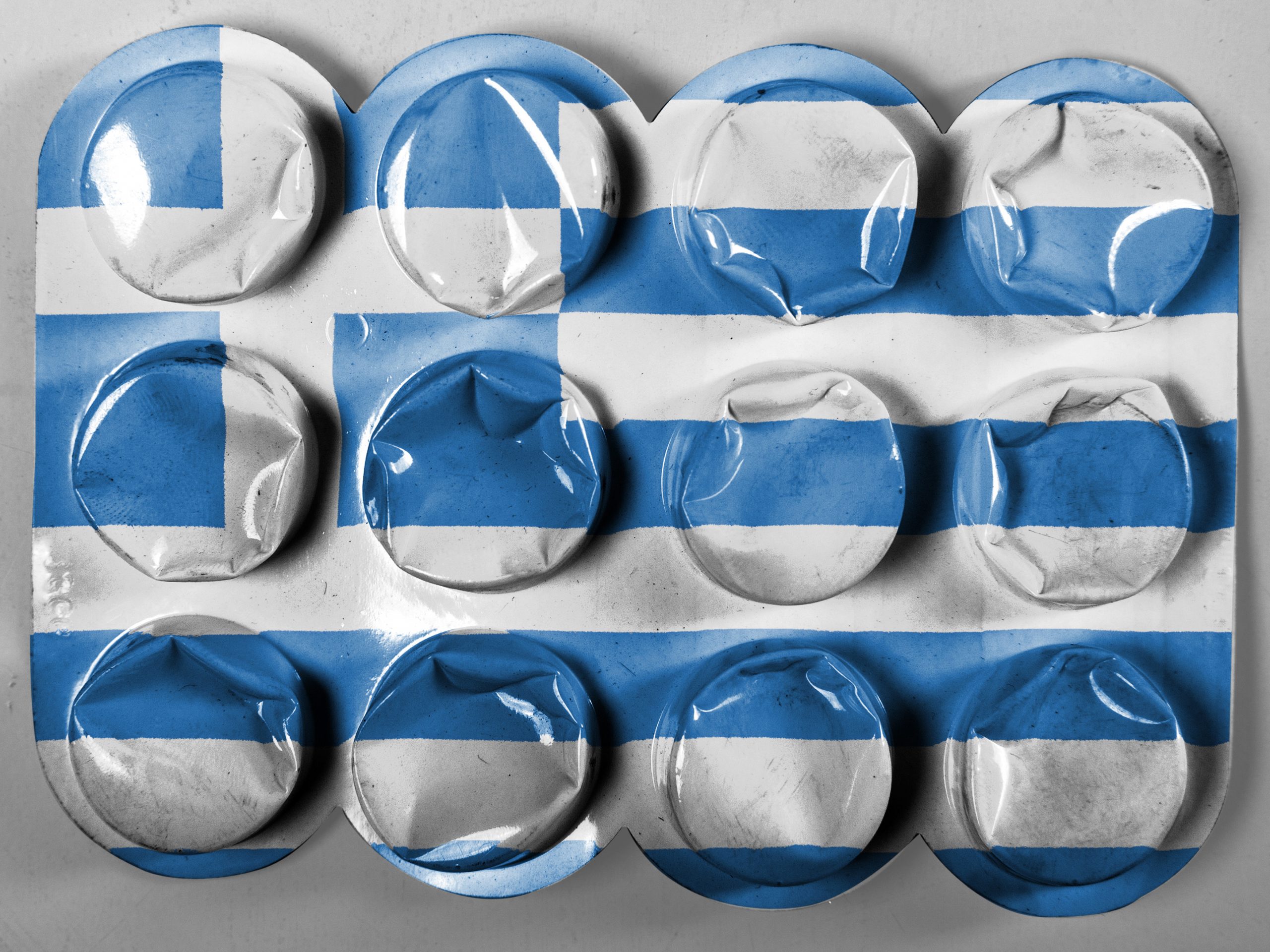 In 2015, Greek Prime Minister Alexis Tsipras was holding strong in his contempt for austerity and desire to flee the euro return to the drachma – going so far as to  state that “the bailout choices and reforms imposed upon Greece (GRC) by its creditors have been akin to placing a nuclear bomb under the foundations of our national health service.”  Two years later, his party’s proposal terms involving pharmaceutical expenditure are arguably stricter than anyone expected.

Before the financial turmoil started in 2009-10, pharmaceutical expenditure in GRC was, to a large extent, simply unscrutinised. There were no means to assess cost-effectiveness, no qualitative criteria to guide reimbursement decisions, and importantly, very few restrictions applied to drug reimbursement. This resulted in one of the highest rates of pharmaceutical expenditure in the EU (25.6% of total healthcare spending, vs. 15.4% EU5 average 2015), despite having one of the lowest healthcare budgets (4.8% GDP vs. 7.8% EU5 average, 2016).

In response to budgetary overruns and inefficiency in the use of that budget, a new piece of legislation was approved by Parliament, largely driven as an attempt to limit pharmaceutical expenditure. This legislation essentially followed terms of the most recent bailout and accompanying Supplemental Memorandum of Understanding (SMoU) set at the EU level to reform the system by focusing on both pharmaceutical pricing (in the form of amendments to the rebate and clawback amounts) and reimbursement (in the form of amendments to the HTA referencing and implementation system). Whether these changes will in fact succeed in the long term remains to be seen; in the meantime, it is more pertinent to consider the imminent implications for pharmaceutical market access and innovation. 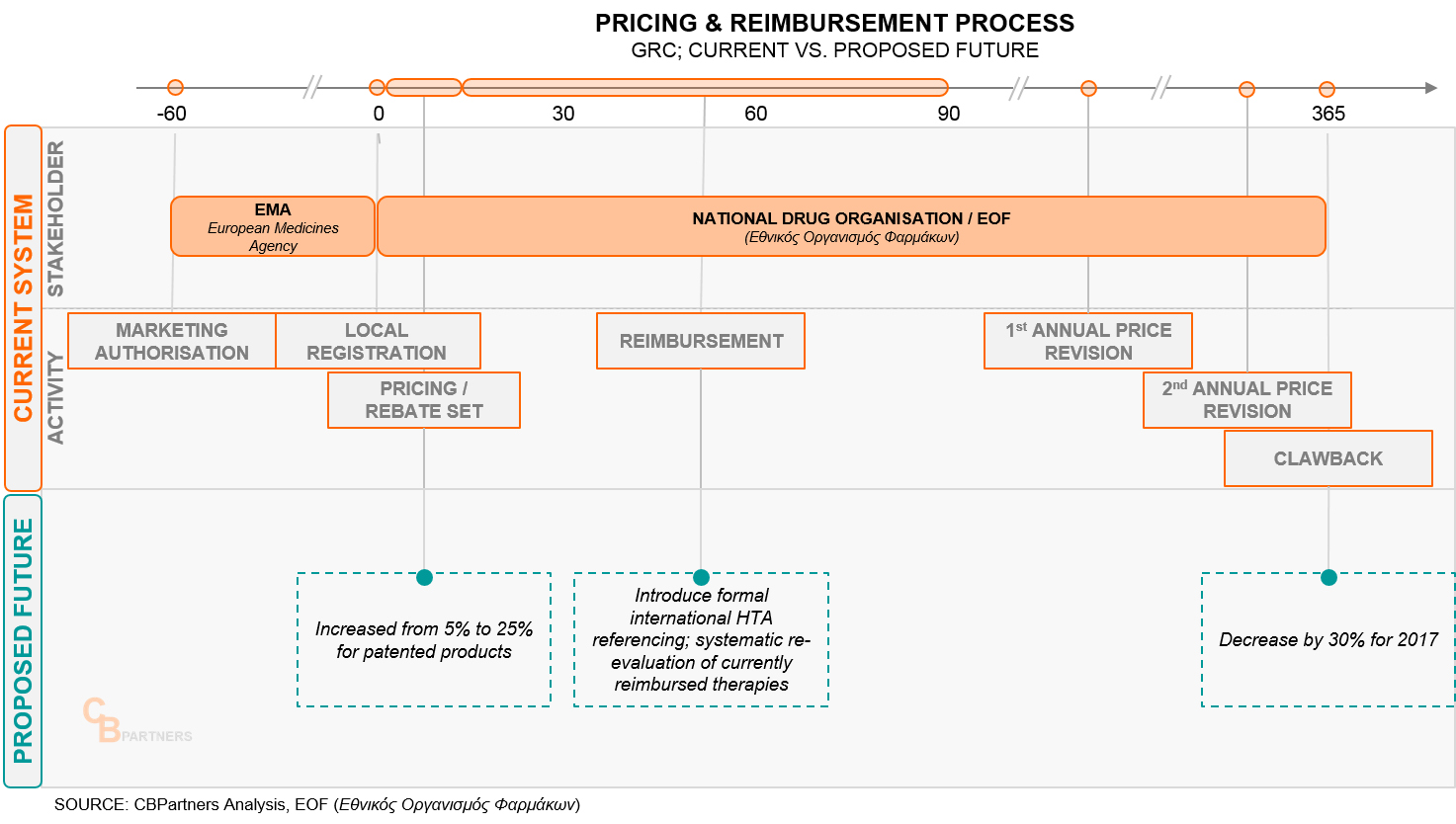 Overview of the Pricing and Reimbursement Process in Greece

One key aspect of pharmaceutical expenditure is pricing, which, in GRC, is primarily determined by formal international reference pricing (IRP), rather than negotiations (as in some of the larger EU member states such as FRA, GER, ITA, and ESP). The system has been referred to as the ‘2+1’ rule – the average of the three lowest prices across the EU is taken, two of which are selected from the original member states plus CHE (Switzerland), and one from the 10-member states that joined the EU in 2004. In the absence of a national HTA agency, international referencing is also applied to advise reimbursement decisions.  Some would argue this has been done somewhat ineffectively, given that GRC spending on high-value therapies consistently ranks among the highest in the EU.

In the face of relentless overspending – often due to continual budget cuts – mechanisms such as rebates and broader expenditure clawbacks are in place to reduce prices and pharmaceutical expenditure, respectively (FIGURE 1). The GRC clawback system is essentially a payback mechanism, which means that manufacturers compensate the government payer for reimbursement amounts exceeding the previously set budget ceiling. This mechanism manifests differently in other countries throughout the EU.  Larger markets often require only partial subsidisation clawbacks from the industry (e.g., in ITA, the manufacturers pay back 40% of excess expenditure).  On the other hand, smaller EU member states have more variety with regard to clawback structure.  For example, while PRT and LVA also have a partial clawback system (as in ITA), countries such as ROU and HUN require 100% of the budgetary overrun burden to be subsidised by the industry. Just as in GRC, this has led to progressively increasing strain on both industry and patients – currently, the pharmaceutical industry pays for one in four drugs prescribed in GRC, all while patient OOP (out-of-pocket) costs have tripled.

The strain imposed due to these rebates and clawbacks, in addition to the continuing failure to remain within the annual budget, unquestionably demands reform of the status quo. However, much remains to be seen as to whether the proposed reforms will save the spiralling industry.  On the one hand, the clawback is expected to be reduced by 30% in 2017.  On the other hand, the mandatory rebate or patented therapies has increased from 5% to 25% – a value that is supplemental to the initial discounting required to match the IRP-determined price.  The rebating requirements easily offset any reduction in the clawback.  In a letter sent to the Minister of Health in June 2017 by the SFEE (Hellenic Association of Pharmaceutical Companies) raise this rebating point – claiming that the combinatory effect  could lead to rebates up to 43% for innovative, high value therapies.

The recently proposed measures also extend to how reimbursement decisions are made.  Indeed, the long-awaited HTA authority that GRC has lacked for so long appears to be on its way – with purported plans for its establishment by July 2018.  This alone is not surprising given the long road to HTA that GRC has travelled – but what is alarming is the proposed use of international HTA referencing.

For an innovative drug to be included in the positive list, it would need to satisfy three main criteria (as per Article 89 of the new legislation): 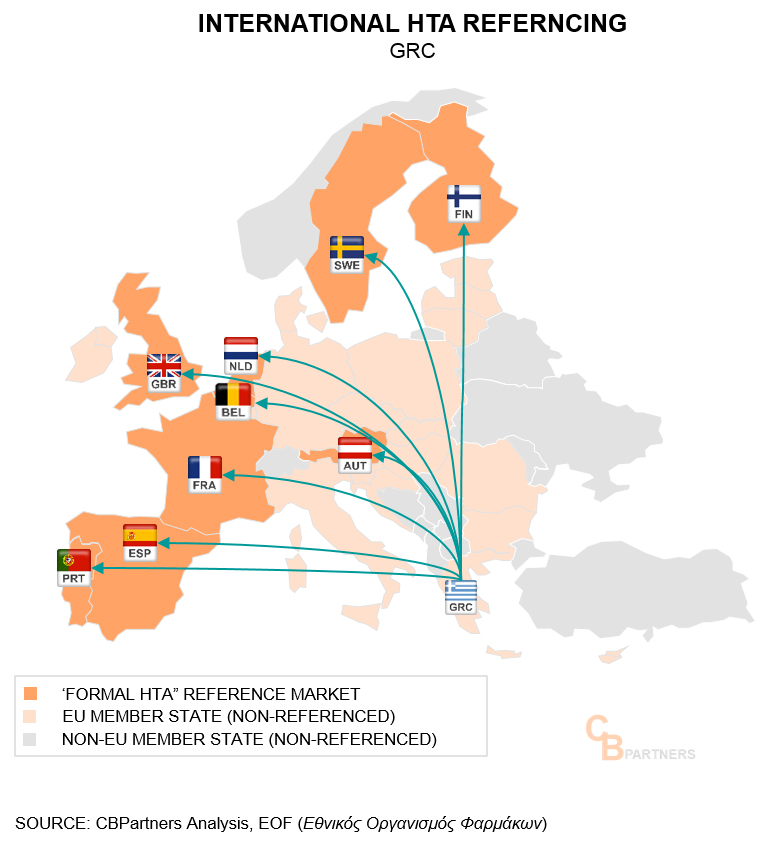 In addition, a temporary committee (set up in July 2017) has been tasked to re-evaluate every product accepted into the ‘positive list’ since 2013 to deem which should be allowed to maintain their reimbursement, and which should be discarded.  Such retrospective assessment will apparently be based on cost-effectiveness, and will follow a vaguely termed ‘EU best practice criteria’ – the details of which are critical to define and disclose.

While manufacturers are rightly concerned about these changes, patient advocacies are equally concerned.  ELLOK (Greek Federation of Cancer), along with 27 patient advocacy groups for cancer, formally requested that the new legislation (Article 89, 4472/2017) excludes high-cost oncologics – out of fear that the new policies will greatly encumber access.

Given these potential effects on patient access and commercial sustainability of conducting business in GRC, manufacturers have sought to make evidence-based concessions.  For example, a greater willingness to evaluate and engage in price-volume agreements and outcomes-based risk-sharing – both of which lead to confidential net-price discounts – has led to some notable successes.  For example, access to hepatitis C medicines has improved – especially for those therapies meant to be used at earlier stages of disease.  But while the EOF claims that discussions have already commenced for ‘other high-cost therapies’, no details have as of yet been provided as to which products could undergo a similar process.

Several obstacles, including inappropriate levels of planning for setting up the HTA authority, lack of transparency of decision-making, poor levels of cooperation with industry, and lack of centralisation could easily sour the appeal for manufacturers doing business in GRC. Vague ideas without a step-wise plan and attainable milestones will, at best, lead to failure and frustration, and at worst, will damage the long-term relationship between the industry and government, and dangerously imperil patient access. Even with sufficient planning, doubts remain with regard to the country’s capacity to implement, monitor, and sustain a standalone national HTA agency – which furthers the case against establishing one in the first place. Failure to effectively address pricing and reimbursement decisions to date leaves many questions for the future; it presents risk for both industry and patients, and could be detrimental for innovation, failing to reward the clinical value of products at stake. For continued involvement in GRC, the industry will need to seek negotiations through alternative access solutions (e.g., via confidential negotiations, as demonstrated in the hepatitis C case) and continue to pursue coordinated lobbying efforts to ensure a future with more sustainable decision-making and policies.