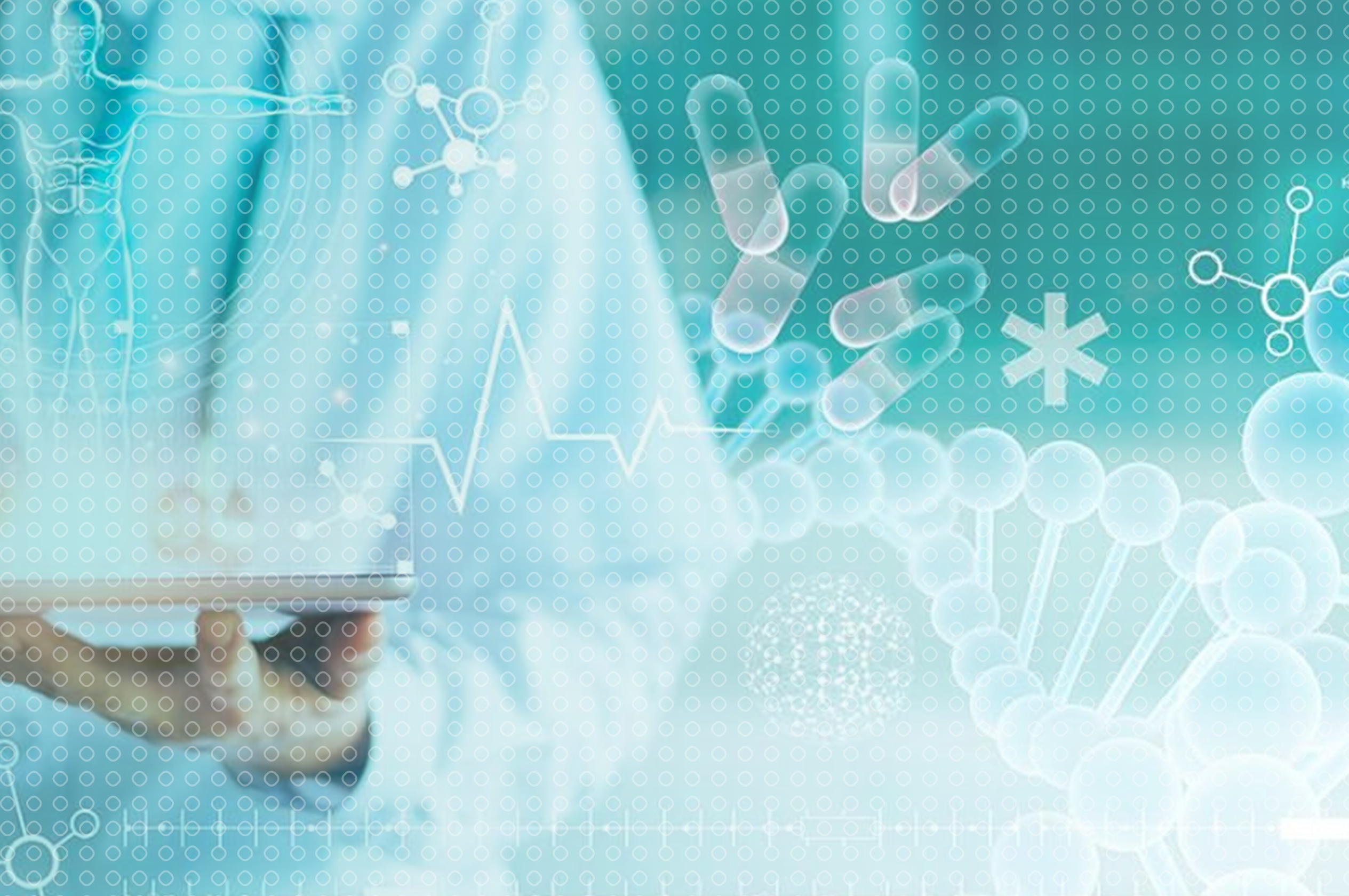 CBPartners’ Take: DTx that serve as digital companions for drugs can be advantageous commercial investments by improving a biopharma manufacturer’s strategic position through innovation that enhances the value proposition for patients. Companies should establish DTx vetting processes as soon as possible to avoid missing out on valuable opportunities

To identify the success factors and pitfalls in past partnership / acquisition decisions for digital companions, CBPartners conducted an in-depth assessment of a range of approved and pipeline digital companions. These case studies span across a spectrum of brand-agnostic to brand-specific digital companions and involve a variety of therapeutic areas and industry partners.

A total of five DTx companion partnerships / acquisitions were analyzed across the following dimensions:

The results of the analysis are shown in the table below, and they point to common success factors (e.g., addressing unmet needs) and challenges (e.g., generating robust real-world data). CBPartners leveraged commonalities and insights from these case studies to develop a DTx investment decision-tree. 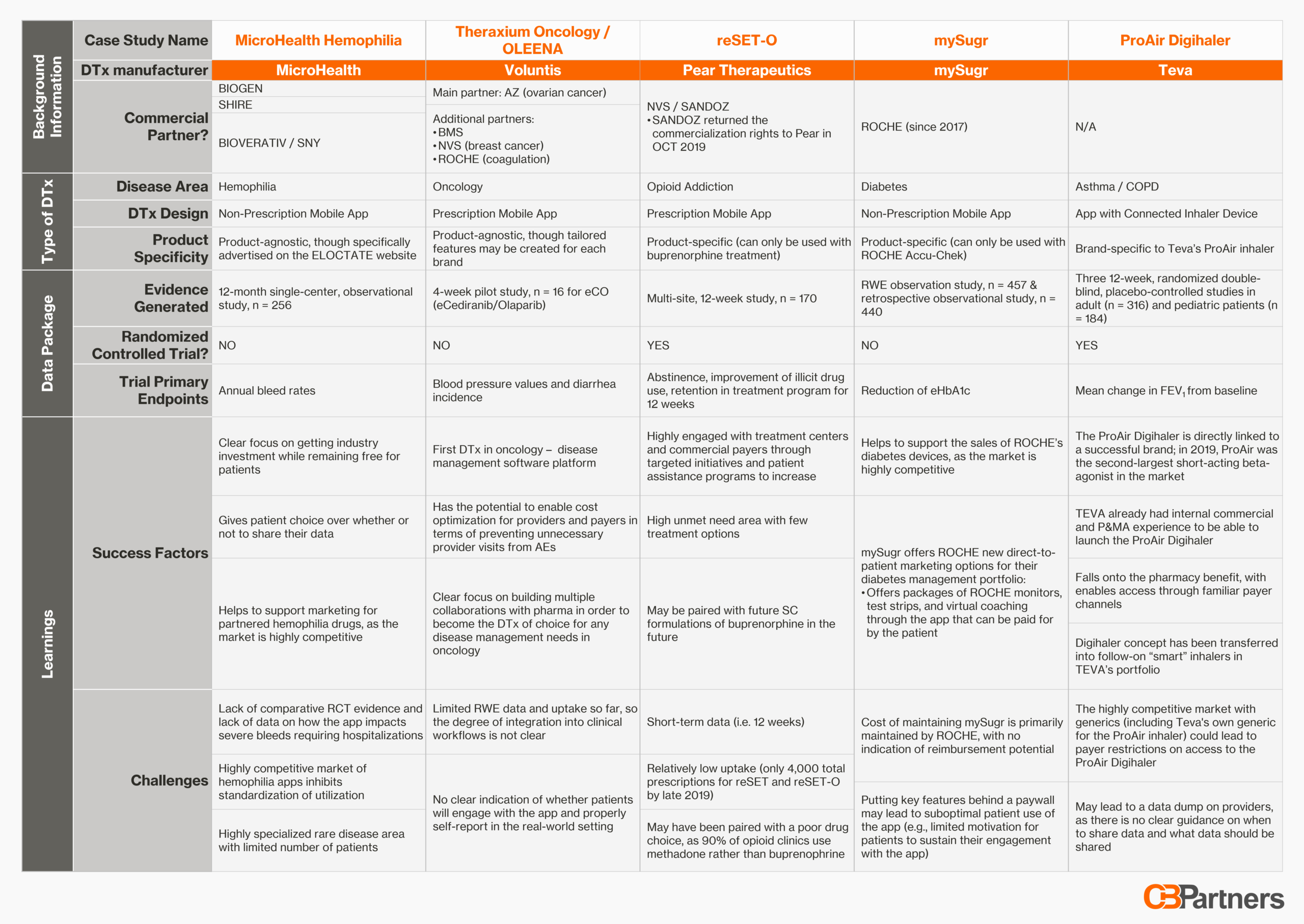 When to Invest? – Decision-making Process for Investing in Digital Companions

Drug manufacturers seeking to invest in digital companions need to account for both organizational readiness and commercial opportunity, which can be challenging to think through without a structured framework. To delineate the multiple layers of a robust decision-making process for vetting digital companions, CBPartners drew upon key trends observed in the aforementioned case studies. The commercial framework below outlines each key decision point that could be leveraged to make important partnership / business development decisions around companion diagnostics. 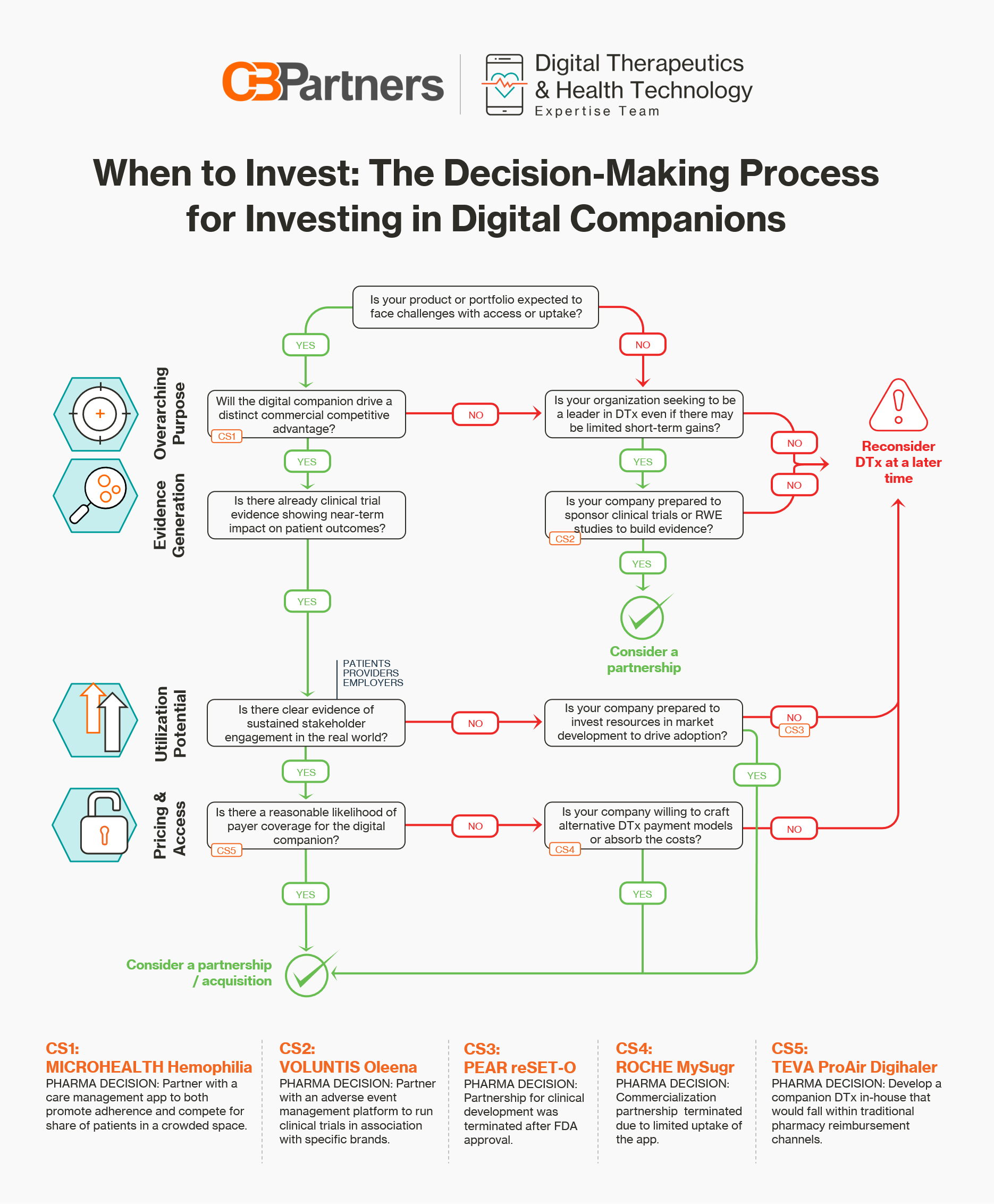 To better understand how the decision-tree can work in practice, let’s examine the decision-making process for each of our analogues across key decision points. Additionally, as PBMs are likely to expand digital formulary coverage in the future to other therapeutic areas like gastrointestinal, women’s health, oncology, inflammatory and musculoskeletal conditions, it is also important to illustrate how the decision tree could influence biopharmaceutical DTx BD decision making.

To understand how this decision-tree structure could be applied to future DTx innovation, CBPartners will present a hypothetical future situation in which the manufacturer of an irritable bowel syndrome (IBS) drug seeks to select a digital companion partner.

Digital companions can offer distinct benefits to support the access and uptake of associated drugs. For example, they can promote adherence in chronic disease areas or provide a path to real-world data collection. When evaluating the Overarching Purpose node, it will be important to clearly articulate the drivers which will lead to a clear commercial advantage and then determine if a digital companion aligns with promoting those drivers.  Drug manufacturers should also think about whether the commercial advantage of a digital companion is replicable by competitors; an optimal DTx investment should have a low risk of value erosion from other companies following suit.

If there are no immediate access or uptake challenges to address, biopharma companies should only consider digital companions if their leadership teams are interested in sparking organizational change. Investing in a digital companion should be accompanied by the development of internal digital capabilities, including IT expertise and marketing / sales training, and forward-looking clinical studies.

EXISTING CASE STUDY: BIIB partnered with MicroHealth, a care management app, to both promote adherence and compete for share of patients in the crowded hemophilia space.

DTx are an intrinsically differentiated subset of digital health driven by the pursuit of robust clinical evidence. However, not all digital companions have a robust evidence base, and drug manufacturers should be conscious of the amount of investment and data generation needed to demonstrate measurable clinical outcomes that support the benefits of a digital companion. Even with a comparative clinical trial, the wrong endpoints or the wrong data collection timeframe could significantly limit the perceived value of a digital companion by payers or providers. In addition to clinical trial data, payers may demand to see real-world evidence, so drug manufacturers should be prepared to support long-term evidence generation plans for their digital companions as part of their financial commitments.

Drug manufacturers should also be prepared to invest additional resources into shaping the market to overcome hurdles to real-world uptake. There are three key stakeholders to engage in market-shaping activities, depending on the nature of the drug and the digital companion:

EXISTING CASE STUDY: SANDOZ returned the commercialization rights to Pear Therapeutics for reSET-O, a prescription mobile application to reduce illicit drug use, after it achieve FDA approval. This was likely triggered by the relatively low uptake (i.e., only 4,000 total prescriptions by late 2019), which may have been caused by the fact that the app was paired with a poor drug choice, as 90% of opioid clinics use methadone rather than buprenorphine.

Any drug manufacturer intent on pursuing coverage for digital companions should be ready to face payer demands for alternative pricing models / innovative contracting. Unlike in the past, when risk-sharing was viewed to be skewed in favor of manufacturers, payers see risk-sharing for digital therapeutics to be more balanced, given the uncertainty of long-term data on both sides. Drug manufacturers need to have relevant internal digital contract management and analytic capabilities before they begin to approach payers about reimbursement for digital companions.

Looking to the Future of Digital Technology

Through the case studies examined in this article, it is clear that some digital companions are less integrated with biopharma companies compared to others. This is in part driven by the underlying differences in the technology and drug attributes, but it is also attributable to the complicated FDA regulatory landscape on prescription drug companion apps.

However, there is a current proposal (Docket Number: FDA-2018-N-3017) to regulate brand-specific prescription drug companion apps as promotional labeling given it accompanies a specific drug, which would not require an additional FDA approval process. This could potentially change the way biopharma companies in the future develop and partner with brand-specific digital companions and presents an opportunity for further development in the DTx space.

If you are interested in reading more about the digital therapeutics landscape, read related posts in the expertise team’s thought leadership channel.