Cell and Gene Therapies: Paving the Commercial Pathways of Tomorrow 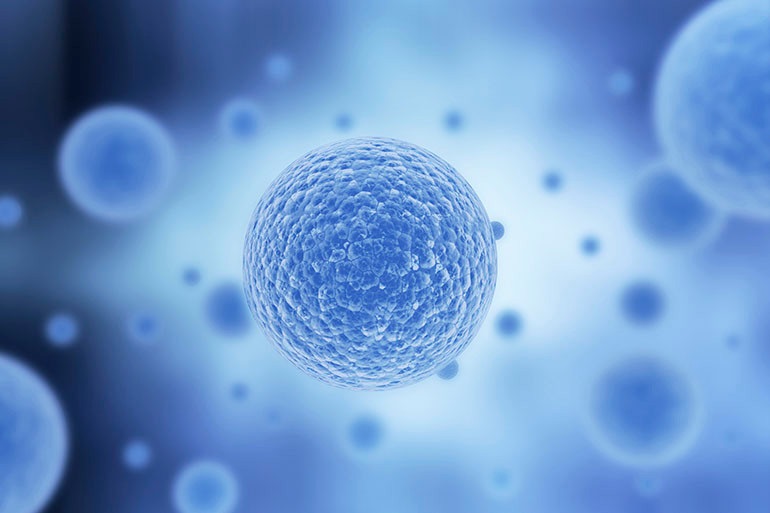 2017 was a banner year for innovation as the healthcare world witnessed the first three cell and gene therapies launch in the USA, with the FDA’s approval of two CAR-Ts (KYMRIAH™ (tisagenlecleucel, $NVS) and YESCARTA™ (axicabtagene ciloleucel, $GILD)) as well as blindness gene therapy LUXTURNA™ (voretigene neparvovec, $ONCE).  These three therapies follow in the regulatory footsteps of pioneering gene therapies in the EU, GLYBERA™ (alipogene tiparvovec, $QURE) and STRIMVELIS™ (autologous cd34+ enriched cell fraction that contains cd34+ cells transduced with retroviral vector that encodes for the human ada cDNA sequence, $GSK / ORCHARD THERAPEUTICS).

With over 2,300 worldwide gene therapy clinical trials in progress or already completed, more approvals are highly probable to follow. It seems that after decades of theory and hope, hampered by sceptics and real medical risks, cell and gene therapies now appear to have proven their clinical practicality and some of the reason for hope.  Unsurprisingly, many of biopharma’s major players are reinvigorated to follow suit by bringing similarly paradigm-shifting therapies to patients, while also claiming their respective pieces of the pie. This therefore raises the billion-dollar question – how does one fill their plate with their slice?

Many years ago, a different nativist approach to discovery and development pervaded the industry – this included  a drug design and fully integrated research unit which, from start to finish, discovered and developed new therapies. Like most of today’s new product launches, such vertically-integrated development of gene therapies is rare, due to the high investment costs in R&D and the associated risk of failure.  Bringing a cell or gene therapy from concept to post-approval patient use requires significantly more expenditure than other modes of therapeutic brand development and commercialisation to the fundamental tailoring of therapy as well as the commercial challenges of pushing forth a path within a new treatment paradigm.  The basic science behind gene and cell therapies is advanced and costly to derive, and manufacturing these personalised therapies for small patient populations requires significant resources. A company’s lack of pre-existing infrastructure to sustain R&D for cell and gene therapies encourages a more nuanced conversation as to whether it is worth the investment to build the capabilities, as well as the requisite assets in order to join the race. 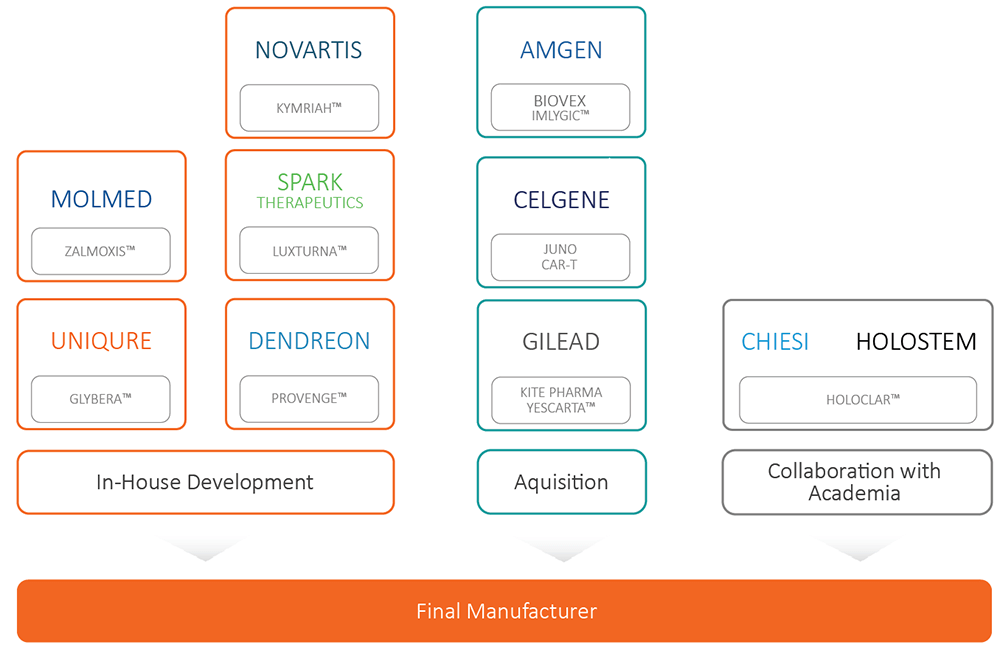 Image vs. reality – the high price of innovation

To individual patients who would otherwise face the prospect of a debilitating, often life-threatening disease, the possibility of pursuing the use of a one-time cell or gene therapy is a simple one; yet to the biopharma company developing such a therapy, the full spectrum of risks and benefit must be evaluated.  Given the upfront costs and risks undertaken, most manufacturers will need to seek high prices for the therapy for which they can achieve marketing authorisation.

This tendency will be driven by several factors, including:

For such a high-profile advancement in clinical science, establishing a six-figure public price will raise the alarm hounds at mainstream media outlets for a set of issues that span complicated medical science and commercial barriers that the public is largely unfit to understand. Curiously, the commercialisation of cell and gene therapies in recent years has evolved somewhat erratically:

Looking ahead, which commercial pathway for gene therapies will make the most sense for manufacturers?

Currently, smaller manufacturers are taking their own home-grown therapies to the market – but this is only the result of many larger companies delaying the decision to take on the risk of spending substantial capital on what are largely unproven asset-types – at least they were one year ago.  Today, the regulatory approval of a series of such therapies is hastening the pace of acquisition, but most companies are still waiting until the late-stage asset is a marketed asset.   With that said, the pace of acquisition is indeed increasing for these most advanced-stage of development (post-approval), with larger companies eagerly snatching up assets as they clear these final stages of development. Recent USA tax law revisions have provided short-term cash availability to help stoke the acquisition flames. $CELG’s USD 9 billion acquisition of $JUNO, $GILD’s USD 11.9 billion $KITE takeover, and $PFE’s USD 700 million payment for BAMBOO THERAPEUTICS all indicate that confidence in these assets in increasing, and the commercial power to overcome commercial barriers is building.

Looking forward, given the size of investment required to participate through acquisition, partnerships may emerge as a favoured and strategically-superior move for those manufacturers still on the outside of the cell and gene therapy race.  The much lower-risk pathway of teaming up with research institutions will eventually be all that is left after the most developed assets are snatched from the marketplace.  These opportunities will also be required for larger manufacturers to build the perception of a long-term commitment to gene and cell therapy – something that only very recently became a value-enhancer, rather than a move that in fact raises the risk profile from a corporate branding and shareholder perspective.

Thus, the next immediate question for biopharma firms is how to decide which cell and gene therapies and / research institutions deserve financial and commercial interest?

The historical approaches to predicting the commercial success may not fit perfectly for these newer gene and cell therapies.  Yes, unmet need and clinical benefit / safety issues will continue to play a significant role.  However, evidence generation for gene and cell therapies can require alternative indicators of success.  For instance,  novel endpoints and single-arm trials may be needed to demonstrate what makes clinical or regulatory sense, but they will also require payers to believe that these dimensions of clinical study were required, or they are simply obfuscations.

CAR-Ts, which have been studied with traditional endpoints such as overall survival and progression-free survival, are not necessarily novel, still raise questions on ‘strength of evidence’ because the clinical oncologist, regulatory, and payer communities have yet to on how to choose a single endpoint to satisfy each of their perspectives. Moreover, the concept of ’clinical improvement’ must itself be better defined.  The perspective can vary significantly depending on the stakeholder, and of course the disease state as well.

Finally, safety will remain as a major concern across all stakeholders. With the first human gene therapy trial only approved in 1989, there is little long-term, real-world data to determine whether there will be unforeseen safety issues that have yet to be revealed through the clinical trials conducted to date. For example, gene therapies are based on edited genes delivered to host cells through vectors. These vectors are often viral, (i.e. adeno-associated virus 9), and can potentially initiate unwanted immune system reactions, directly cause infections, or unintentionally target healthy cells which could cause other types of illness.

What are the short-term and long-term payer outlooks for gene therapies?

Economically, the willingness to pay for these therapies may be different, both in the short term and in the long-term future.

In the short-term, it is clear that both manufacturers and payers are willing to explore new financial models, such as outcomes-based agreements and amortisation.

In the longer-term future, it is highly likely that such therapies will be competing within far more competitive spaces with multiple competitors from the same paradigm of treatment.  In other words, what was once considered a breakthrough will no longer carry the same shimmer. Furthermore, gene and cell therapies may move from the rare disease arena and into higher prevalence categories – much in the same way that biologics have migrated from rare tumour types and orphan disease into cardiovascular disease.  Payer and other stakeholders’ perspectives on value and willingness to pay will evolve, so prediction of both budget impact and future earnings / return on investment cannot be based on today’s reality.

While advanced therapies such as cell and gene therapy have disrupted the healthcare industry, there is much that is still unknown – as well the current appetite for such therapies will wane as their approvals become more common, and the budget implications become real.  As a result, manufacturers looking to enter the race must not assume the current environment will persist, nor that their investments will blossom into long-term shareholder value that some companies seem to be embracing.

If you’re interested in finding out more about CBPartners’ work in this landscape, please contact Julia Pikus, Associate Principal and co-founder of the Cell and Gene Therapy CoE Julia.pikus@cbpartners.com