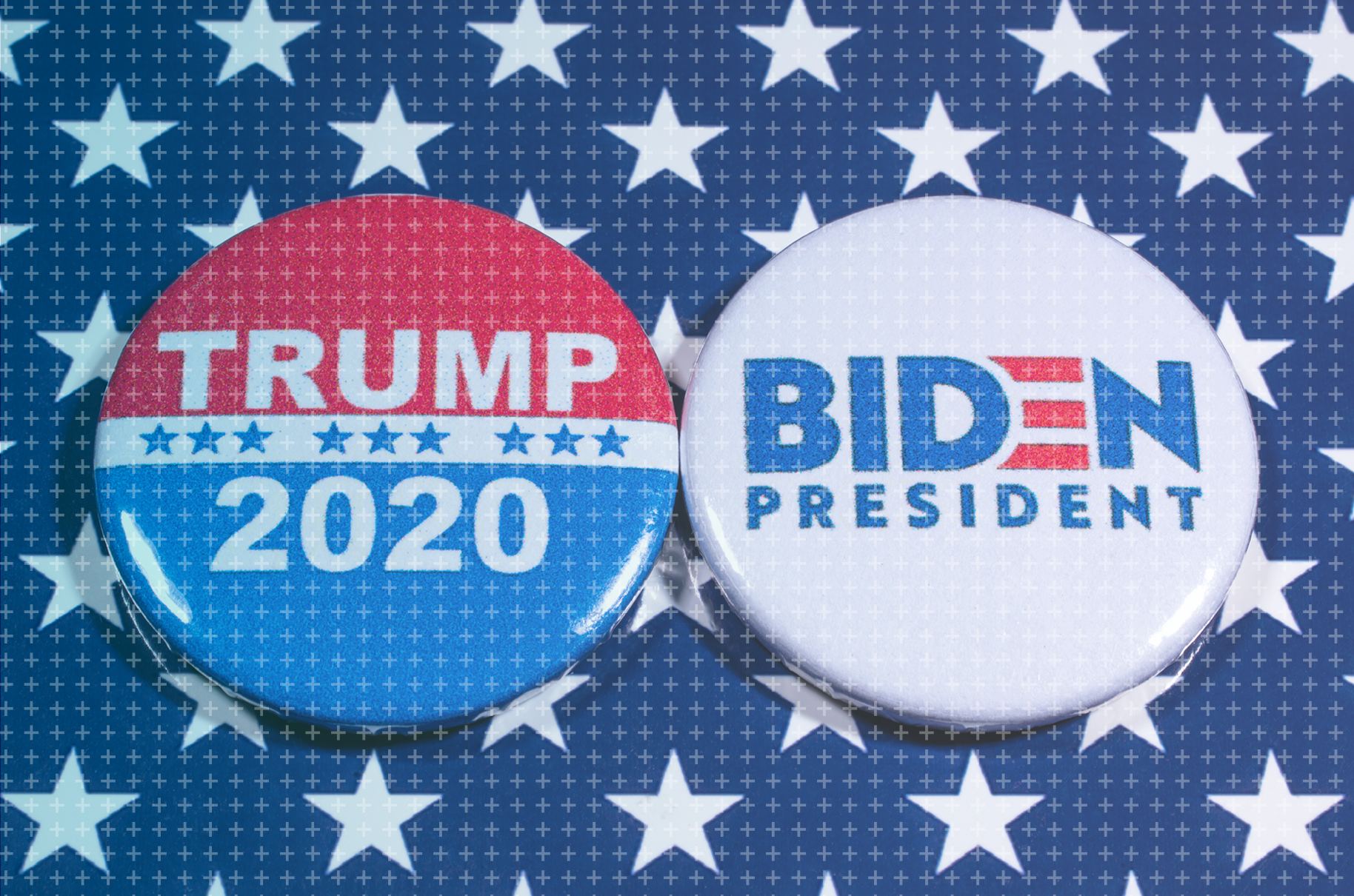 CBPartners’ Take: The nature and potential impact of currently proposed drug pricing policies, combined with the current political environment and rising public appetite for addressing high prescription drug costs, has seemingly set the stage for unprecedented changes to the regulatory environment governing USA pharmaceutical pricing. It is important to caveat that while both Trump and Biden have positioned drug pricing as a top presidential healthcare priority post-election, implementation feasibility remains a barrier and it remains unlikely either candidate’s entire agenda will be enacted, with adjustments to the current iteration of proposals expected.

The objective of this analysis is to contextualize key drug pricing proposals by evaluating political focus, implementation feasibility and potential risk to biopharma. A qualitative review of select drug pricing proposals from the Trump administration and Biden campaign have been conducted, with three topics prioritized, considering industry interest and impact on the near-term P&MA landscape.

Both parties have made IRP – also referred to by Trump as a Most Favored Nation (MFN) economic position – core to their drug pricing reform agenda in the run up to the November election. While details remain scant, proposals aim to formally implement IRP pricing frameworks as a means to help address untenable Medicare spending trends and rising patient out-of-pocket (OOP) cost burden resulting from high prescription drug prices. A high-level summary of each candidate’s current position on IRP policies are outlined in FIGURE 1.

Initial Republican IRP policies date back to the 2018 Department of Health & Human Services (HHS) Advance Notice of Proposed Rulemaking (ANPRM) ‘IRP Pricing Index for Medicare Part B’ which aimed to reference prices across a basket of 14 countries to calculate Medicare Part B payment rates. The proposal received heavy industry criticism and internal disagreement amongst senior White House officials which contributed to the policy’s stalled progress. More recently, Trump framed the June 2020 IRP executive order announcement as the ‘granddaddy of them all’ that will help ‘end global freeloading’, and in September 2020 signed a revised version that expanded the scope to cover Part D therapies in addition to Part B therapies.

On the Democrat side, the H.R.3 ‘Lower Drug Costs Now Act’ bill aimed to allow HHS to negotiate prices annually for up to 250 high-cost Medicare prescription drugs relative to an ex-USA basket (AUS, CAN, FRA, DEU, JPN, GBR). While H.R.3 passed the House in December 2019, the Senate majority leader has shown little interest in furthering the policy since.

The formal inclusion of IRP into USA pricing decisions would signal an end to the ‘free-pricing’ environment, grounding the commercial opportunity for pharmaceuticals within the context of a broader international basket of prices. While further details need to be released to meaningfully quantify the impact of IRP to biopharma, manufacturers would need to reassess pricing prospects for USA prescriptions drugs and evaluate a path forward to establish alternative global pricing models and implement new corporate governance strategies.

Given the magnitude of the impact IRP formalization would have on the USA drug pricing outlook, the path forward remains particularly challenging. Firstly, it should be noted, current iterations of proposals are likely to change; Biden has yet to release a detailed IRP plan, suggesting any formal IRP proposal in a Democrat-controlled White House would be adjusted from H.R.3 to align with presidential priorities. Meanwhile, the Trump administration’s decision to expand the initial IRP proposal to impact both Part B and Part D therapies, despite the additional implementation challenges associated with reforming pricing across two separate reimbursement channels, raises questions as to underlying motive in the 11th hour ahead of the election.

Regardless of the election outcome, significant legal hurdles for any IRP proposal remain (e.g., PhRMA-backed court-injunctions), and the magnitude of required regulatory updates spanning the healthcare industry would necessitate mass-coordination across government agencies. Congressional approval will also ultimately be required, and it remains to be seen how agencies such as MedPAC or the Government Accountability Office will be able to reliably and accurately calculate data points often required for bipartisan approval, such as savings to Medicare. Finally, it remains unclear how certain commercial dynamics would evolve in an IRP world (e.g., manufacturer launch sequencing incentives), and the extent to which IRP may negatively impact access to innovative medicines in the USA.

Drug pricing transparency has emerged as a key campaign talking point and priority for both Democrats and Republicans, with proposed actions seemingly resonating with constituents concerned about rising healthcare costs. While Congress continues to introduce bills that include various provisions touching on drug pricing transparency, one of the more visible efforts to promote visibility into drug pricing has been through direct-to-consumer (DTC) channels (e.g., television ads, electronic real-time benefit tools). The Trump administration has pursued formal drug pricing transparency rulemaking through executive action, while the Biden campaign’s latest healthcare platform includes a proposal focused on eliminating tax deductions for manufacturer advertising expenses.

Manufacturer responses to the Trump administration’s attempt to impose drug pricing transparency regulation have varied, with some electing to disclose details in DTC communications while others have opted to take legal action to block legalization. Ultimately a federal district court judge struck down the rule in 2019, stating Congress—not HHS—has the authority to mandate such drug pricing disclosures.

In contrast, the Biden campaign has grounded its position within current Democrat-sponsored legislative efforts, including S.73 “End Taxpayer Subsidies for Drug Ads Act” and H.R.3 “Lower Drug Costs Now Act.” Driven by concerns around patient affordability, pricing transparency initiatives proposed by the presidential candidates represent a sustained effort to hold manufacturers accountable, though implementation has not been effectively achieved to date–particularly as legislation has stalled in a divided Congress.

The implementation pathway for drug pricing transparency measures may be undercut by stakeholder misalignment on institutional authority and regulatory frameworks. In the near-term, judicial court decisions will play a decisive role in further reinforcing the authority of Congress to mandate drug pricing disclosures through DTC channels. PhRMA, the leading domestic representative of biopharmaceutical manufacturers, has released guidance on DTC prescription drug advertising, but the voluntary nature of this document has not satisfied lawmakers and other stakeholders (e.g., patient advocacy groups) who seek more formal measures.

Partisan gridlock in Congress is unlikely to accelerate implementation on drug pricing transparency initiatives. Moreover, singling out the biopharma industry in terms of removing tax deductions for DTC advertising would be subject to legal action, as the tax code allows other industries to deduct marketing expenses. Efforts to increase price transparency that consequently reduce payer discounts are less likely to be politically feasible, considering the near-term outcome could result in increased consumer drug costs. In contrast, price increase control measures could represent a more politically feasible and legislative course of action.

In the near-term, manufacturers should assess feasibility to abide by PhRMA’s DTC advertising guidance and receptivity to obtain an annual certification of their commitment to the outlined principles. Despite the high political priority and volume of current bills in Congress that attempt to address this issue, CBPartners expects the long-term risk to biopharma will likely remain low—even in a scenario where the identified implementation milestones are achieved.

The implications of drug pricing in terms of consumer OOP costs are variable and highly contingent on individualized factors (e.g., insurance coverage), making it difficult for tailored communication across DTC channels. The extent of impact on biopharma may also be tempered by limited consumer awareness in the absence of other initiatives to boost informed consumer decision-making about treatments. Nevertheless, the upcoming presidential election and cycle of potential healthcare reform offers hope for those seeking meaningful change on drug pricing transparency; the political prioritization communicated by Democrat and Republican candidates, coupled with the current legislative efforts in Congress, suggest continued momentum for transparency initiatives moving forward.

Drug importation from foreign countries has seen support from select members of the Republican and Democrat parties dating back several years – unique to the 2020 cycle is both presidential candidates advocating for importation policies as part of their healthcare agendas to reduce drug prices. Notably, the Trump administration in September 2020 legalized a preliminary framework allowing states and pharmaceutical companies, through application to the FDA, to import certain drugs from CAN. As currently written, FDA approval is conditional on the HHS certifying the drug is safe, and notably Trump’s executive order language does not include importation of biologics or biosimilars.

While the Biden campaign has proposed to allow consumers to purchase “safe prescription drugs” from other countries, further details on his implementation plans have yet to be released. However, past Democrat initiatives have pursued drug importation as well, including the 2017 “Affordable and Safe Drug Importation Act” proposed by Bernie Sanders, which failed to progress through the Republican-controlled Senate.

Trump’s vision for drug importation builds off proposals in Sanders’ bill; it has similarly been met with substantial pushback from a variety of stakeholders and faces considerable legal and commercial implementation challenges. For starters, drug importation requires cooperation from participating countries, which to date have largely opposed the idea. In response to Trump’s policy, CAN Prime Minister Trudeau commented that he would be open to entertaining USA requests for medications but would prioritize his nation’s needs, and CAN drug distributors have expressed concerns that their supply chains would be insufficient to meet USA demand. Additionally, the current law only allows for importation of non-biologic drugs and insulin, which further limits the impact of importation policies on high-cost treatments where drugs are not available in generic or biosimilar form.

Despite the bipartisan interest and fast-evolving nature of recent drug importation policies, their viability as a pathway for lowering drug costs remains limited and does not address systemic issues of how drugs are priced in the USA. Nevertheless, manufacturers should evaluate the impact these policies may have on their product portfolio and commercial dynamics, as drug importation continues to be pushed forward.

Future Outlook for the USA Election and Drug Pricing